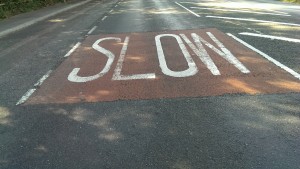 A recent report from the Office of National Statistics show that Fareham has the highest car ownership rate in the whole of Britain. The figures say that our town has 538.7 cars registered for every 1000 residents. This is 65 per cent higher than neighbouring Portsmouth.

Although these figures may show that Fareham is a relatively wealthy town we believe it also shows an over-relaince on the car primarily due to a lack of good public transport and local infrastructure. In fact for many Fareham residents, they find themselves forced to allocate a significant proportion of their earnings to run a motor car simply because there is no viable alternative. Whilst we support the initiatives to alleviate traffic hot-spots such as the Stubbington by-pass, the solution to Fareham’s traffic crisis cannot simply be to build more and more roads.

Fareham is woefully lacking in Public Transport aside from the Train Services from Swanwick, Portchester and the main Fareham station, whilst even these have services that come to an end relatively early in the evening and are of limited use to residents who wish to work or seek entertainment in the later hours in either of our neighbouring cities.

Meanwhile, the provision made for cyclists in Fareham is woefully inadequate, the Borough and County Councils appear to have no apparent strategy, where cycle routes exist these are short and isolated and there is no real provision made on the key traffic corridors – A27 and and A32 – through the borough of Fareham.

Over many years Labour has pressed for better buses services and we regret that First Bus continues to cut services and refuses to improve services which force people to use cars rather public transport.Tory controlled Hampshire County Council of course is not helping by cutting subsidies to bus companies.

Labour’s solution would be to coordinate public transport with bus and train services linked where possible. We would seek to improve bus subsidies in the borough so that key routes can be maintained with better frequency and and introducing an ‘Oyster type card’ (such as used in London) across Hampshire to make travel easier and cheaper.

Only by making public transport and other alternatives to the car such as cycling a real priority will we reduce the number of traffic movements and the consequent traffic jams.