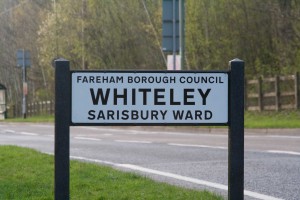 Fareham Labour Party is bitterly disappointed to learn that the planned improvements to increase capacity at Junction 9 of the M27 have been put ‘On Hold’. Previously announced as starting this spring, the works were later shown as planned to be due to begin in Autumn 2015.

The Highways Agency and Hampshire County Council document said that the junction has been operating beyond capacity at peak periods for a number of years. Workers at the Whiteley estate regularly endure the misery of lengthy delays due to gridlock on the estate as shoppers and commuters struggle to escape onto the neighbouring road network.

Apparently the delay until April 2017 – or perhaps even longer – is due to funding approval. Fareham Labour Party spokesperson Richard Ryan said “local residents will be angry and disappointed by this apparent about turn by Highways England. The recurring gridlock at Whiteley is bad for residents, bad for business and bad for Fareham and it is time that something was done to address it properly”.

“We are sure that residents will want to know from our local MP Suella Fernandes why promises to make improvements along the M27 appear to have evaporated so quickly and what representations will she be making to Highways England to seek to get these planned works reinstated.”