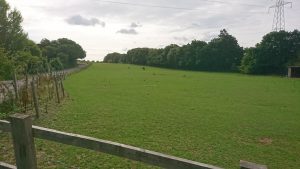 Labour Chair Richard Ryan said: “We vigorously oppose this plan as it will take away more green areas in Portchester and add to the continuing ‘concreting over’ the whole village. This is not the only development. We also have the building at Wicor and plans to build at Romsey Avenue. All these developments mean that the strategic gap between Portchester and Fareham is being eroded.

Developers are taking advantage of these opportunities, but the real culprit is the Conservative controlled council who have failed to successfully fight plans like Downend. The new town of Welborne was supposed to protect green areas in Fareham Borough but the council failed so miserably to get it’s act together that Welborne has now been delayed meaning all our green spaces have been put at risk. It is about time the Conservative Leadership in Fareham took full responsibility for their inaction and resigned.”

In a submission to the planning application Portchester Labour Party said:

We object to the application for the following reasons: